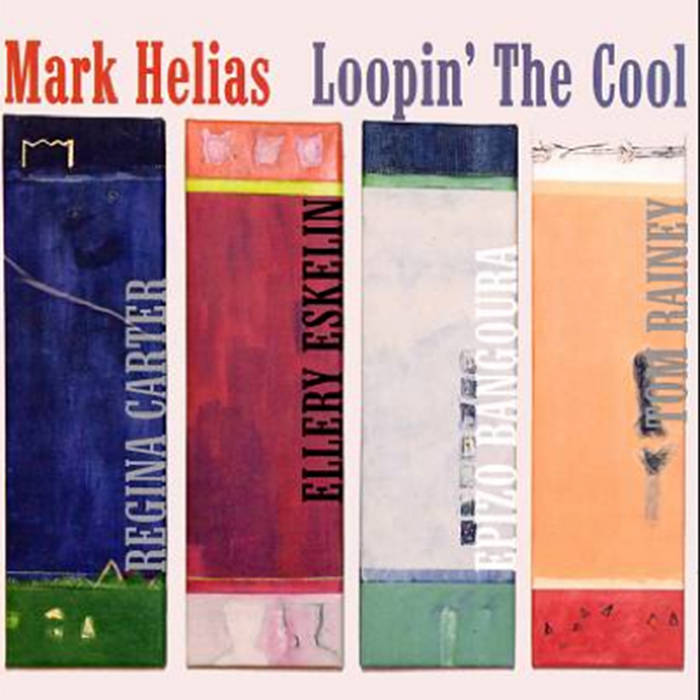 Music is by nature a social art form. It tends to gather people in groups as players and listeners. While reflecting on the pieces on this recording, I was struck by the serendipitous meetings which led to the creation of this body of music. Duke Ellington and Charles Mingus very often composed for specific players in their ensembles and/or adapted pieces for those present at a given session, focusing on their unique voices. And so it is in my case.
I met Epizo Bangoura while playing with Edward Blackwell at the Village Vanguard in 1991. He had just arrived in New York from Guinea, West Africa by way of Paris. As it happened, he ended up sitting in with the Blackwell Project for the entire week and he and I hit it off instantly. It is not surprising that we met within the sphere of Edward Blackwell. In Blackwells playing one can always hear a deep African vocabulary and spirit of giving.
Thumbs Up was written for the Edward Blackwell project with Carlos Ward and Graham Haynes. The fundamental rhythm is probably my reinterpretation of something that Blackwell played on the drums. He often gave me impromptu rhythm seminars to while away our travel time on tour.
Pacific Rim was written while traveling with Tim Berne on a duo tour through Europe. Composed in the afternoon on a train, we performed it that night in Vienna. Tim is a longtime colleague and a musician whose spontaneity is rivaled only by his intense compositional explorations.
Ellery Eskelin gave me a trio CD “Forms”, (enja Records) a few years ago and it knocked me out. I immediately heard his kinship with tenor players like Hawk, Gene Ammons, Sonny Rollins and Ben Webster. There was also an awareness of form and harmony drawn from a diverse musical palette. He is a musician who has a truly singular voice. Loop The Cool was written as a long line with him in mind.
I had seen Regina Carter on a video from the Montreux Festival and was immediately impressed. I began hearing tenor and violin together as a unique timbral blend to work with. The second part of Loop The Cool was inspired by the sound of Reginas violin.
It seems as though Tom Rainey and I have always played together. Finding a drummer who can do so many things on such a high level is rare. He has a profoundly deep beat and understanding of temporal placement viscerally and intellectually. I think that we started to work together because my friend Pheeroan ak Laff was unavailable for a project. Rainey and I have formed a musical bond that requires very little discussion. Seventh Sign was inspired as a vehicle for Tom and Epizo to improvise together.
One of the distinguishing aspects of Attack the Future today is the presence of two drummers. My first sustained experience with this kind of group was in NU, with Don Cherry, Carlos Ward, Edward Blackwell and Nana Vasconcelos. I experienced first hand the antiphonal quality of drums and percussion(including hand drums) played together.
Munchkins was composed for an appearance at the Knitting Factory “What is Jazz”? festival of 1994. It derives its rhythmic form from the relationships between 3,6,9, and 12 as metrical groupings and superimpositions. It is essentially the result of variations of the fundamental rhythm of 3 against 2.
Hung over Easy is a blues with a bridge. It turns out that I have at least one blues structured piece on each of my albums. I imagined Ellery playing this while I wrote it. One Time Only was originally composed for the Simon Nabatov Trio. I arranged it for this group because it is structured with four areas which open up for individual improvisations. El Baz emerged from my piano one day and seemed to be a good vehicle for Regina.
Sector 51 was originally written for the BassDrumBone reunion tour in September ‘93. Gerry Hemingway and Ray Anderson are two of my longtime musical associates along with Anthony Davis, Pheeroan ak Laff, Allan Jaffe, Herb Robertson and Edward Blackwell. The piece was inspired by a trip which led me to some magical spots in the southwestern United States.
Sector 51 (also known as Area 51) is a military testing range in Nevada where there has been a heavy concentration of UFO sightings. I happened upon it quite by accident on a deserted back road while in search of a pay phone.
Akin to that Zen-like trip through the southwest, my musical wanderings have led me on a path of artistic experimentation, discovery and joy. I offer the music on this CD in the spirit of sharing that joy. _ Mark Helias

The compositions on this CD were make possible in part with the kind and generous support of The National Endowment for the Arts and The New York Foundation for the Arts.

All compositions and arrangements by Mark Helias published by Radio Legs Music
Scores and parts for all the compositions on this CD are available from:

Thanks to the musicians for realizing my ideas and then expanding on them; to Matthias Winckelmann for the opportunity to fix them in time and to Betsy Berne for editing my words.

This CD is dedicated to my friend, colleague and teacher Edward Blackwell.